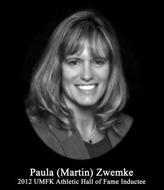 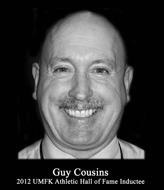 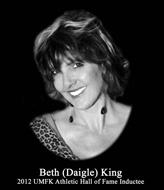 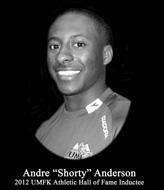 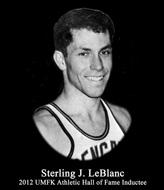 Sterling was an avid athlete, coach, and teacher.

A native of Old Town, Maine, Sterling came to UMFK following a standout high school athletic career. He quickly made a name for himself in Fort Kent as a driving force on a men’s basketball team coached by the legendary Lowell “Ozzie” Osgood (HOF ’08), averaging 15-16 points per game.

A 5’9” shooting guard, Sterling had superb jumping skills and often could be found mixing it up under the backboard, and soaring to grab rebounds from taller opponents. He was the sparkplug on very talented teams, included ones with center Terry Drown (HOF ’09).

Sterling earned the Most Improved Player award during his freshman year, was team co-captain, and was named to the all-Northeast College Conference (NECC) team during his junior campaign.

In his senior year, Sterling helped his team captured its first-ever NECC conference championship. He was again named to the NECC All-Conference team, and was named the Bengals’ Most Valuable Player.

Sterling finished his career as a member of the elite 1,000 point club.

Upon graduation in 1969 with a degree in Education, Sterling began his teaching and coaching career in Van Buren, where he lead the Crusaders to their first-ever appearance in the Eastern Maine Basketball Tournament. He later coached and taught English in the Presque Isle and Rockland school systems.

Combining his love of teaching and athletics, Sterling transitioned into the health and fitness industry. He completed advanced studies and received his personal training certification, and later opened personal training studios in the Camden and Rockport area.

Sterling was passionate about strength training and healthy living, which he infused into the community. He started a running club in the early ‘80s, setting the stage for completing numerous marathons, biathlons, and triathlons. He was a pioneer in the sport of racquetball; participating and hosting tournaments and clinics throughout the state.

Sterling passed away in November 2010.