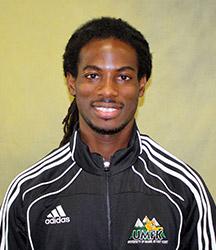 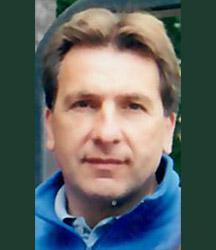 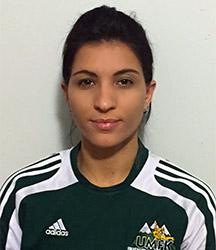 Theresa Biggs, born and raised in Belhar, Cape Town, South Africa, came to UMFK to play for the Lady Bengals soccer team. Theresa led the women’s team to back-to-back USCAA National Championships and captured two NAIA Sunrise Conference titles along with four “Potato Barrel” Championships over UMPI. Biggs was a three-year team captain and a two-time All-American selection in the NAIA and USCAA.

As a student-athlete, Theresa was chosen as a two-time Sunrise All-Conference 1st Team and was named to the NAIA and USCAA Academic All-American team.

While at UMFK, Theresa was a resident assistant in Crocker Hall, a member of the student conduct committee, a residence hall council member, volunteered at the Fort Kent Elementary School in Pat Richard’s second grade class, and UMFK soccer summer camps.

The UMFK Alumni Association selected Theresa as the Outstanding Future Alumna in 2012.

Theresa graduated with a Bachelor of Science in University Studies in 2013 and was honored as Student Senate’s Outstanding Senior and also received the Presidential Award for Academic Excellence.

Currently, Theresa is associate director of student activities and diversity programming at UMFK, the primary facilitator of campus-wide student activities programming. On campus, she is vice president of the campus wellness committee, a student advisor of the International Student Organization, and the Spectrum Club, and has served as an Alumni Association board member since 2014.

In her spare time, Theresa served as an assistant soccer coach for the Valley Rivers Middle School boys this past fall. Recently, she began a literacy project, Excellence Through Computers, at the community church in her hometown.

Theresa resides in Fort Kent with her husband, Oniqueky Samuels, and son, Mali.