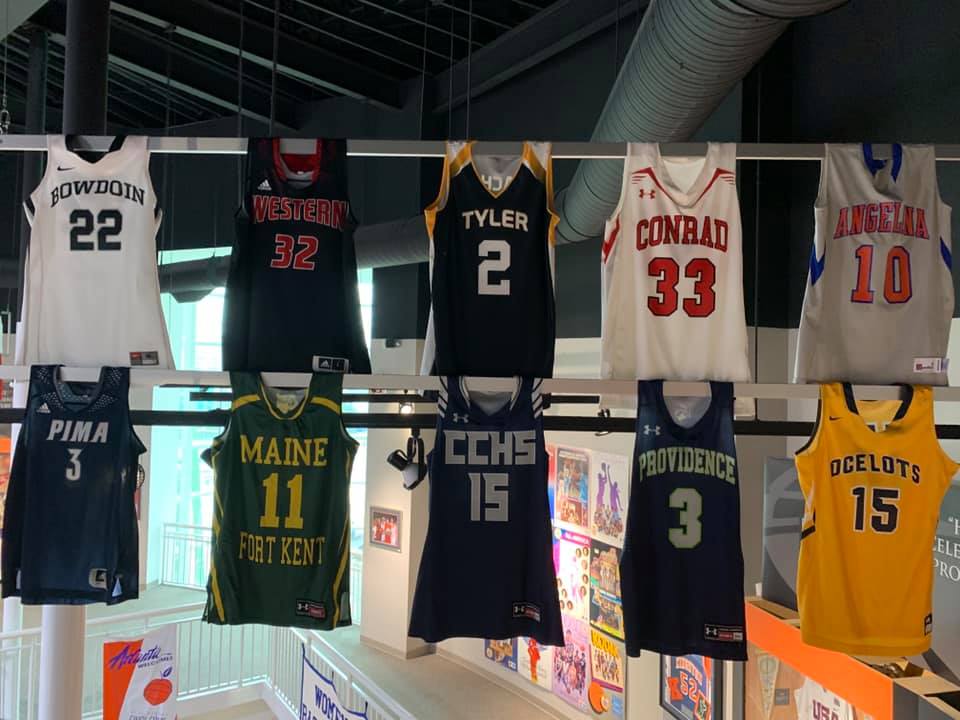 Tajaheray McMahan (11) and Trinity Washington (12) had their jerseys honored at the Women's Basketball Hall of Fame.

Knoxville, Tenn – Two standout players from the University of Maine at Fort Kent were honored recently with having their jerseys displayed at the Women’s Basketball Hall of Fame. Trinity Washington and Tajaheray McMahan were honored in recognition of their outstanding play during the 2018-2019 season.

Currently, the Ring of Honor consists of over 100 jerseys hanging from the rafters of the back rotunda at the Hall of Fame. The display includes jerseys of the top high school and college players from the previous season. The Ring of Honor has displayed jerseys from some of the best players in the world including Candace Parker, Britney Griner, Sue Bird, Candice Wiggins and Breanna Stewart.

In her first season at the University of Maine at Fort Kent, McMahan lead the Bengals in scoring last season with 18.4 points per game, which was second best in the USCAA. She was also named as a First Team All-American in the USCAA. Washington, also in her first season with the Bengals, lead the USCAA in assists and steals and was eventually named as the National Player of the Year. The duo were instrumental in turning around the Bengal program and helped lead the squad to 23 wins and an eventual appearance in the USCAA National Championship.

Head Coach Fletcher Brown said, “Tajaheray and Trinity are both very deserving of this incredible honor. I’m very proud of what they each accomplished on the court last season. It is a testament to the results of hard work.”