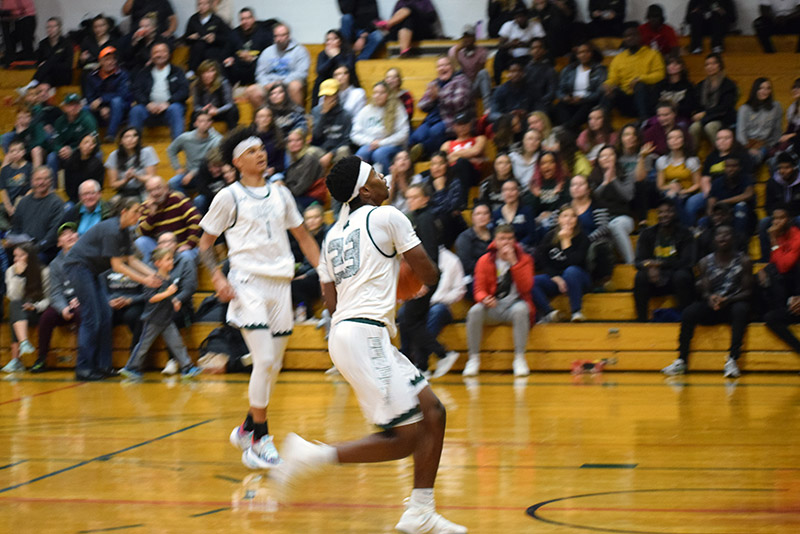 Fort Kent, Maine—The University of Maine at Fort Kent Basketball seasons are still in their infancy, and both teams experienced some growing pains in the early part of the season but this week proved to be about a lot of growth for both programs.

Coming off two consecutive losses after a road trip in Buffalo, the Lady Bengals took on Aroostook County rival, the University of Maine at Presque Isle on Thursday night, looking to bounce back and return to the win column. The lady Bengals did just that with a 65-41 win over the home Owls. The Bengals put forth a tremendous defensive effort, and were active in scrambling around in the half court. Savana Jankowski led all scorers with 15 points, and Ivette Trujillo was incredible off the bench with 14 points, seven rebounds, three assists and two steals. This was Trujillo’s first action with the team after wrapping up her season with the National Runner-Up Volleyball team last week. Trujillo only had one practice under her belt before stepping on to the court in her basketball uniform, and she performed as if she had been with the team all season.

The Women’s basketball team record is now 3-2 as they prepare to take on Framingham State University next Saturday in Massachusetts.

The Men’s basketball team struggled over the weekend at the Thomas College Charlie Ryan Classic tournament, losing to the University of Southern Maine on Friday, 66-61. On Saturday, the Bengals could not recreate the same effort as the previous game and ended up going down to the host team, Thomas College 90-65. Zeke McMurtry shined in both games with a combined 49 points in the two contests.

Despite the two losses, the Men’s basketball team record sits at 3-2. The team will travel to the West Coast to take on Westmont College in beautiful Santa Barbara, California next weekend.