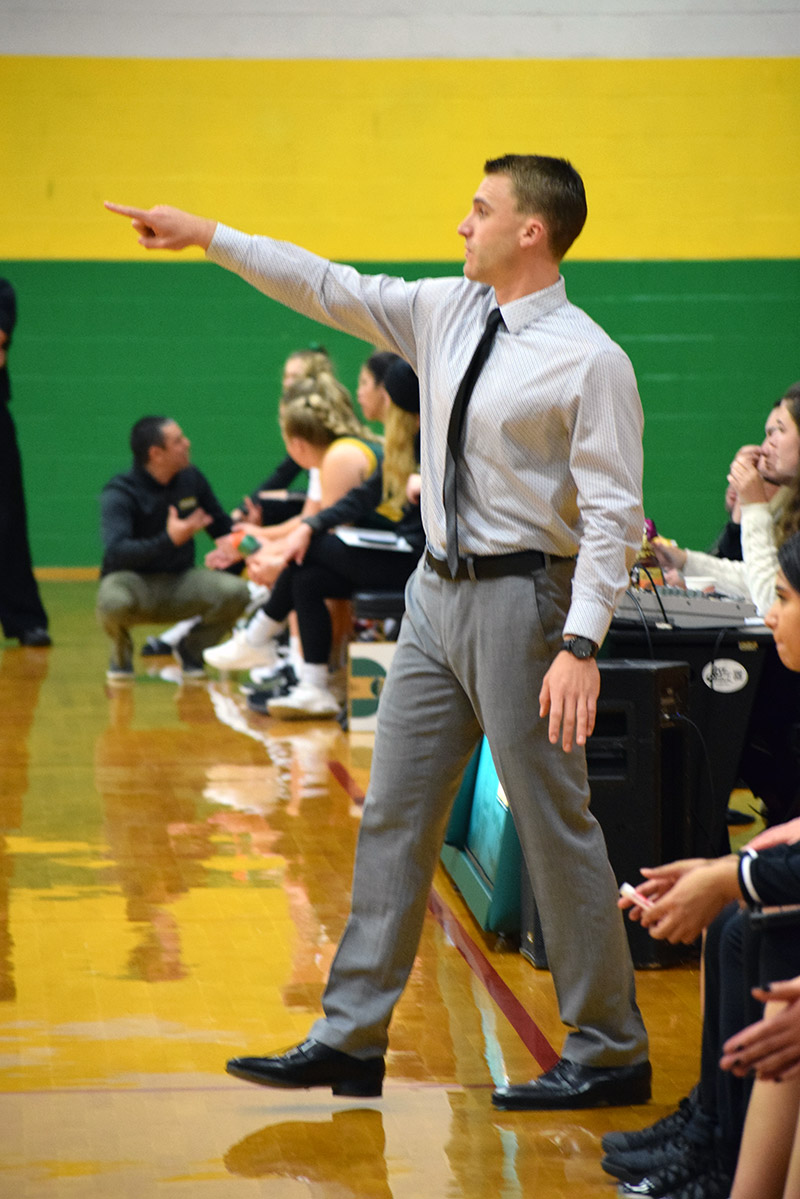 Coach Brown spent close to seven years in Fort Kent as both a player and coach for the Bengals.

Fort Kent, ME—University of Maine at Fort Kent Head Women’s Basketball Coach, Fletcher Brown, will be stepping down from his position to pursue a similar position at Chandler Gilbert Community College in Arizona. Fletcher Brown, a 2017 graduate of UMFK, was a critical figure in the resurgence of both the Men’s and Women’s Basketball programs. As a player, he was a member of the first 20 win team in the Tom Bird era, and as Tom Bird’s assistant he helped lead the program to two consecutive number one seed finishes and berths into the USCAA National Tournament.

As the Head Women’s Basketball Coach it only took one full year for Brown to guide the team to what would have been a school record for wins in a season, if two opponents wouldn’t have cancelled, and an appearance in the USCAA National Championship game. Brown has recruited and developed multiple All-Americans, as well as one National Student-Athlete of the Year and two National Players during his time at UMFK. Additionally, he poured everything he had into other duties such as Residence Life Coordinator in the Student Affairs office and the Sports Information Director with the Athletics department. He will forever be a proud alum of the university and we wish him the best of luck moving forward.

The UMFK Athletics Department has begun the process of finding their next Head Women's Basketball Coach.