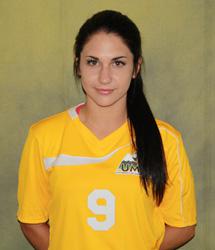 Prior to UMFK, Laberge-Pelletier played midfielder for the FC Laurentides and FC Chalenger in her native Montreal, Quebec, Canada In 2009, she helped her team win the Coupe Saputo, the provincial AA championship. In the fall season of 2010 she was selected for the AAA soccer team Les Nordiques of College Lionel-Groulx. At the end of the 2010 season she was selected for team stars collegial soccer AAA as a midfielder.

Ariane is the daughter of Pierre and Manon...she has two brothers Thierry and Pierre-Oliver