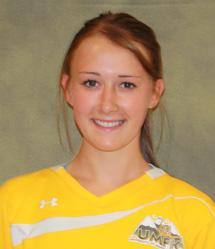 Desjardins is the reigning State of Maine Class C Player of the Year after leading her team to an Eastern Maine Championship for the second time in three seasons. The midfielder from Fort Kent was also named to the all-state team in 2012 and was recognized on the all-east team in 2011.