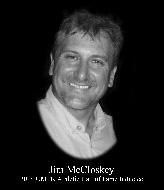 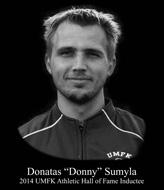 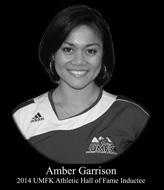 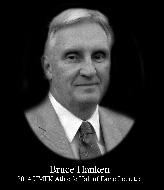 Bruce Hanken was a four-year starter for the UMFK's men's basketball team from 1968-1972. Bruce is the second highest scorer in the University’s history with 1,751 points – all scored prior to the inception of the three-point shot. Bruce was named to the All-Conference team all four years, and was named to the All-Maine Small College team for three years. Bruce worked closely with legendary UMFK coach, Lowell "Ozzie" Osgood (HOF ´08), and the UMFK Athletic Council for four years.

After graduating from UMFK with a Bachelor of Science in Education degree, Bruce embarked upon a 37-year teaching and coaching career at the high school level. He went on to achieve 192 wins as a head coach at Southern Aroostook High School (Dyer Brook, Maine) and at Sacopee Valley High School (Hiram, Maine) basketball programs, combined, coaching both boys and girls teams.

After four years at Southern Aroostook High School, Bruce, a graduate of Deering High School in Portland, Maine, returned to the southern part of the state. He and his wife, Carol, have lived in South Hiram for more than 35 years. Their three children all played basketball, as well. When he's not coaching, Bruce enjoys reading, gardening, going to Walt Disney World, and being with his family.

Bruce was recognized, along with the other members of the UMFK basketball 1,000-point club, during the 2013 Hall of Fame induction ceremony.