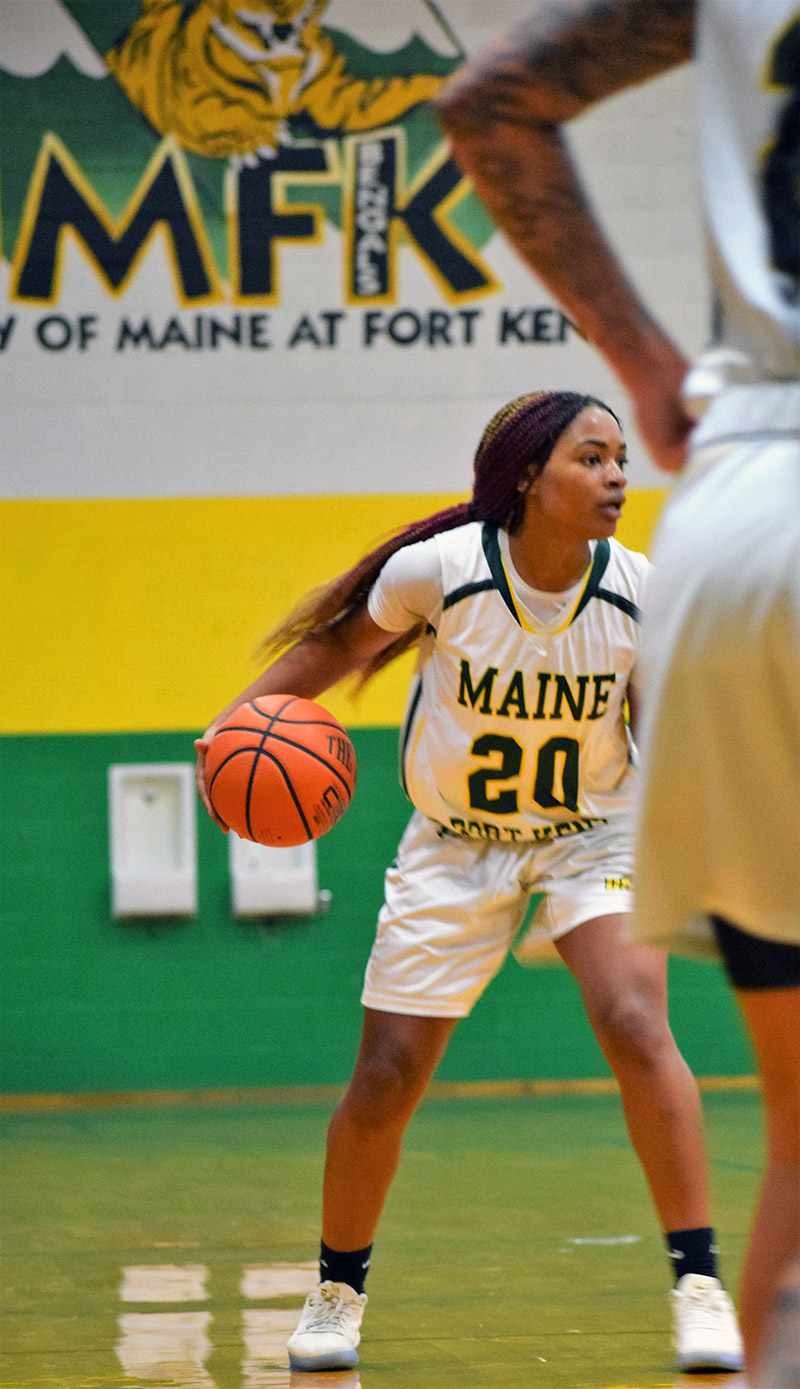 Fort Kent, ME— The Men’s Basketball team is in the midst of undoubtedly the toughest stretch of opponents they will play all season, and are matching up against perhaps the most successful coaches and teams the program has played against consecutively in the Tom Bird era. On Friday, the Men’s team took on Westmont College and went down 103-56. The Westmont Warriors made 14 three pointers on their home floor, which is tough for any opponent to overcome. On Saturday, the Men’s Basketball team went down again this time to perennial NCAA Division II power, Biola University 104-53. The size of Biola, with two players listed at 6’10 and 7’0 were too big for the undersized Bengals.

Southern California can be a dream location, unfortunately for the UMFK Men’s Basketball team, their West Coast Trip has been a bit of a nightmare so far. Sunshine, palm trees, beautiful beaches, and a laid back atmosphere have not brought the results the Bengals have been searching for.

The team should not despair, the tough opponents will only make the team stronger as they will not face teams of that caliber in USCAA play in the second half of the season. The Men’s basketball team record moves to 3-4 as they take on Southern Oregon University on Tuesday.

The Women’s Basketball team was also in action, and despite being in rainy New England, they achieved some brighter results. On Saturday against Framingham State University, the Bengals ran into a career night for the home team as the Rams made 12 three pointers and shot 51% from the floor for the night. The game was tightly officiated and the Bengals were never able to adjust to the frequent whistles, they ended up losing 87-67.

However, the Bengals responded the next day with a huge win over Pine Manor College, 83-46. Saturday’s game ended at 7 PM, and Sunday’s tip-off was at 12 PM, but the quick turnaround did not affect the Bengals play. The success was powered by the double-doubles of Sophia Rodriquez’s 12 points and 10 rebounds, and Ivette Trujillo’s 11 points and 12 rebounds. Savana Jankowski came off the bench with 14 points and Ranika Guyton led all scorers with 20 points.

The Women’s Basketball team record advances to 4-3 as they prepare for the toughest stretch of opponents they will face all season next month before the semester break.