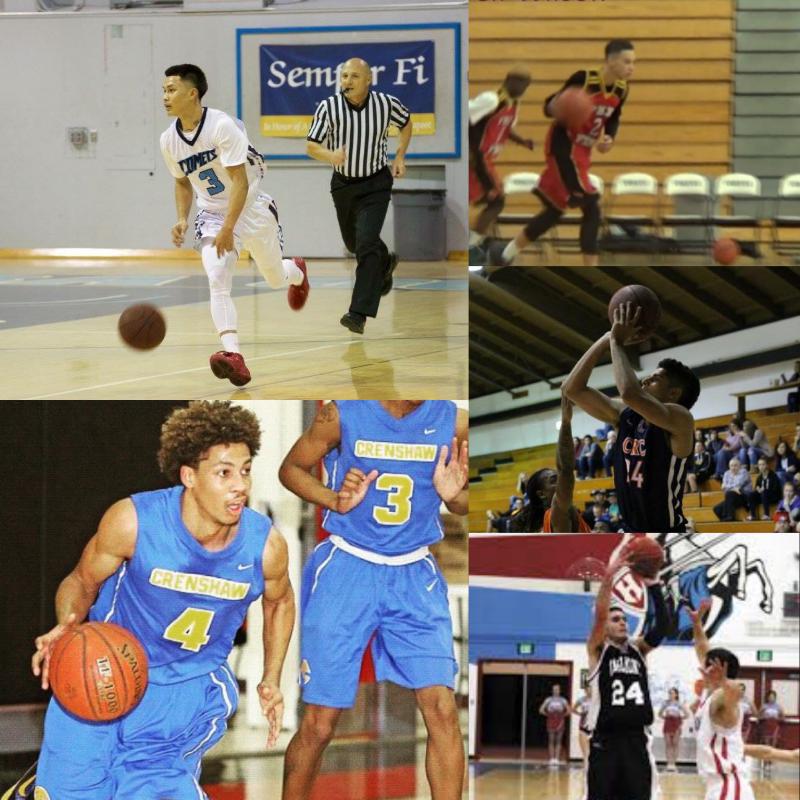 Fort Kent, Maine—The University of Maine at Fort Kent Men’s Basketball coach Tom Bird will welcome the largest and most talented recruiting class in his short three year tenure as head coach for the Bengals. The incoming class will be comprised of three JUCO transfers from California and two additional freshman student-athletes from the West coast as well.

James Testa, a 6’4 Junior from Cañada College in San Carlos, California, committed to UMFK shortly after UMFK coaches made their way to California in March. Testa averaged nearly 14 points a game while shooting 43% from the field and an amazing 44% from 3-point range. Coach Bird had this to say in response to signing Testa, “We are so excited to have James join us in the fall. He’s got experience and maturity and his ability to shoot the basketball will be a great asset to us. Losing our top two shooters from last season hurt, but we expect him to step into that void immediately.”

Bobby Syvanthong, a Richmond, California native who played last season at Contra Costa College, will also join the Bengals in 2016. Syvanthong will be the third Contra Costa Comet to play for Coach Bird. Bobby averaged a well-rounded 10 points, 6 rebounds and 7 assists to go with 2 steals a game. Bobby was a first team All-State California Community College Athletic Association (CCCAA) selection at the point guard position, led his team to a conference championship and an Elite Eight finish in the state playoffs. Assistant Coach Fletcher Brown says “Bobby has been a winner at every level, he’s extremely well rounded as a player, a superior athlete and he’s a leader on the floor. He will make an immediate impact for us next year.”

Arriving for their freshman seasons are two high school guards, who will be just the third and fourth true freshman to play under Bird. Stephon Bell-Wilson, from Phoenix, Arizona and Ryan Campbell of Los Angeles. Bell-Wilson, will bring an unwavering enthusiasm for the game to UMFK after a standout career at Carl Hayden High School in Phoenix where he averaged 12.5 points, 10.1 rebounds as well as 2.3 assists and 2.7 steals a game last year. Campbell, a lanky 6’6” athlete graduated from Crenshaw High School, where he led them to their first city championship in years. Ryan will bring a versatility to the Bengals as he can alternate between the point guard and forward positions. Campbell ended an impressive senior campaign at Crenshaw High averaging 15 points, 8 rebounds and 2 assists per contest.

Coach Bird had this to say about the incoming freshman. “For the past few years we have done a lot of recruiting from junior colleges, which has been great for the program, but I want to try to build the program going forward with a more even mix of the JUCO’s and high school kids. We are really excited to have both Stephon and Ryan for the next four years, and look forward to seeing how they mesh into our systems.”

The final piece to the Bengal’s recruiting puzzle is Junior College transfer Will White. White, a guard, forward combo from Consumes River College in Sacramento, California, was a contributing player and leader on a team that went to the California Community College State Playoffs last season. “Will’s leadership qualities, as well as his toughness and willingness to compete were just a couple of things we liked about him.”

UMFK returns nine players from a team that won 20 games last season and narrowly missed out on the USCAA National Tournament. With the five new additions the Bengals will have a fully loaded and very talented roster. Coach Bird and his Bengals will be looking to turn the page and earn a berth in the national tournament in March.