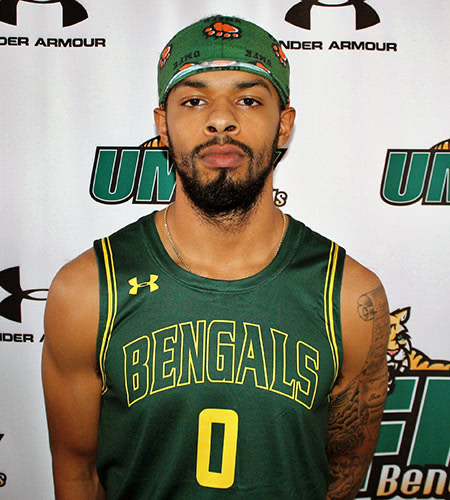 As a junior in his first season as a Bengal, Williams starred. He played in 31 games, starting 21 of them, in which the Bengals finished the season winning 17 of 19 games, losing narrowly in the USCAA Final Four to Oakwood. Williams was second on the team in scoring at 11.9 ppg, trailing only USCAA National Player of the Year, Anthony Knight. Williams led the team from behind the arc at 37.8% and was second in makes with 65. He scored a career high of 28 in a win against Fisher College. Williams was named a Second-Team USCAA All-American.

Most Influential Person: My Dad

Something Not Everyone Knows About You: That baseball is my favorite sport.

Troy is the son of Bubba and Kim. He has one brother, Julian and one sister, Janessa.