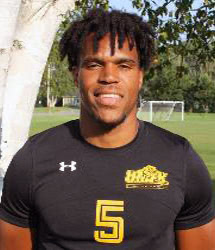 Prior to UMFK, Smith was named the High School soccer Player of the Year in 2012 and the Port Antonio Most Disciplined Player in 2013. He was also part of the U-20 Portland championship teams in 2014 and 2016.

Something Not Everyone Knows About You: I am very spontaneous